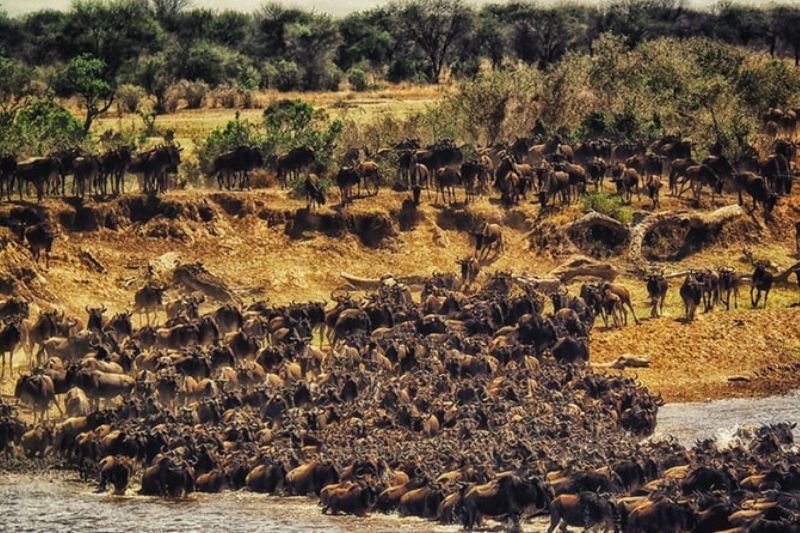 To some of the best safari parks in the world, Kenya offers some of the most incredible adventures with the world’s most impressive animals. These parks and reserves vary in both scale and fame, especially in terms of their unique biodiversity and wildlife populations. From the world famous Masai Mara National Park and its annual Great Migration event to the more untamed wilderness terrains of Mount Meru National Park, here are the top safari parks to include in your Kenya safari itinerary: 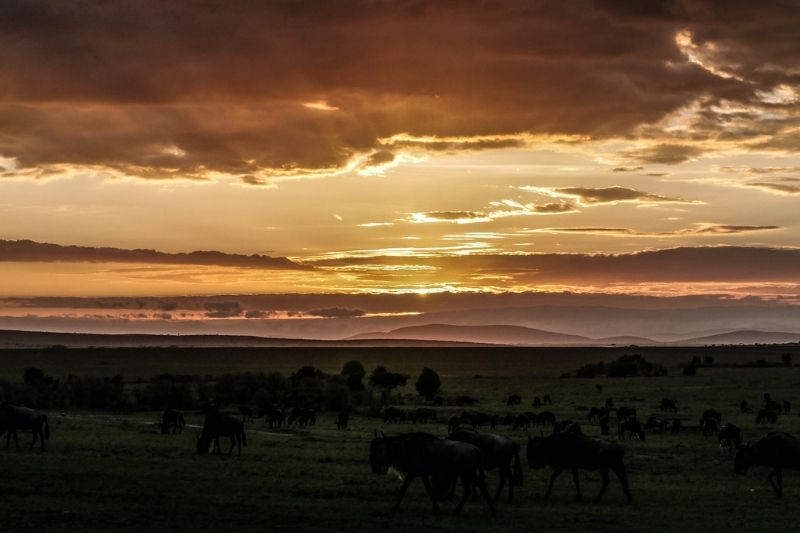 Stretching northeast from a shared border with Tanzania’s Serengeti National Park, the Masai Mara National Park is the most popular safari destination in Kenya. It is a jaw dropping combination of mosaic rolling hills, open grasslands and acacia woodlands, all of which support an incredible profusion of wildlife. Large predators such as the lion, leopards, cheetah, and hyena are easily seen at close proximity all year round. The Masai Mara National Reserve truly blossoms between August and October when the great wildebeest migration (arguably the world’s most breathtaking wildlife spectacle) crosses into Kenya from Tanzania. If you’d prefer, you can take balloon trips to witness this event. Balloon trips provide a mindblowing bird’s eye view over the migration of the wildebeest herds. The dramatic spectacle of the wildebeest migration is encapsulated by the multiple river crossings. Usually, the river crossing starts in August when the wildebeest scatter in different directions into the plains surrounding the Mara river. 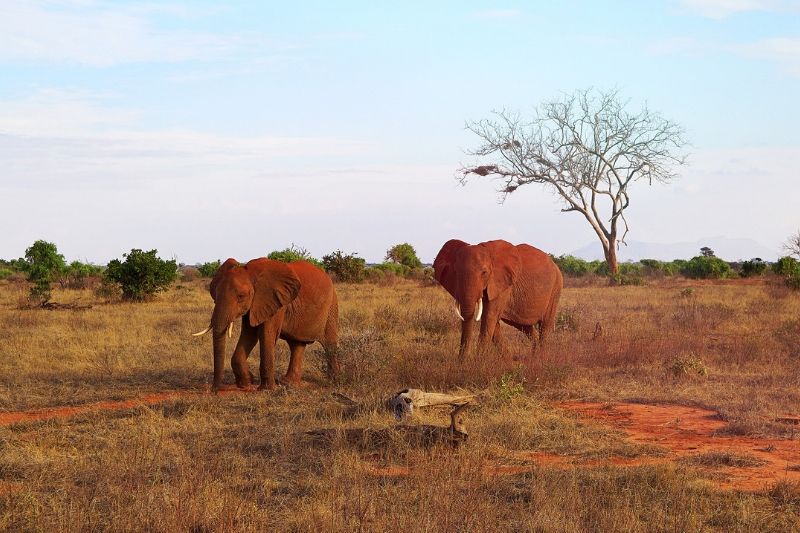 Located in southeastern Kenya, east of Mount Kilimanjaro, Tsavo National Park is the largest (8.036 square miles) of Kenya’s national parks. It was established in 1948 and was later divided into the smaller units of “Tsavo East and Tsavo West” for administrative purposes. 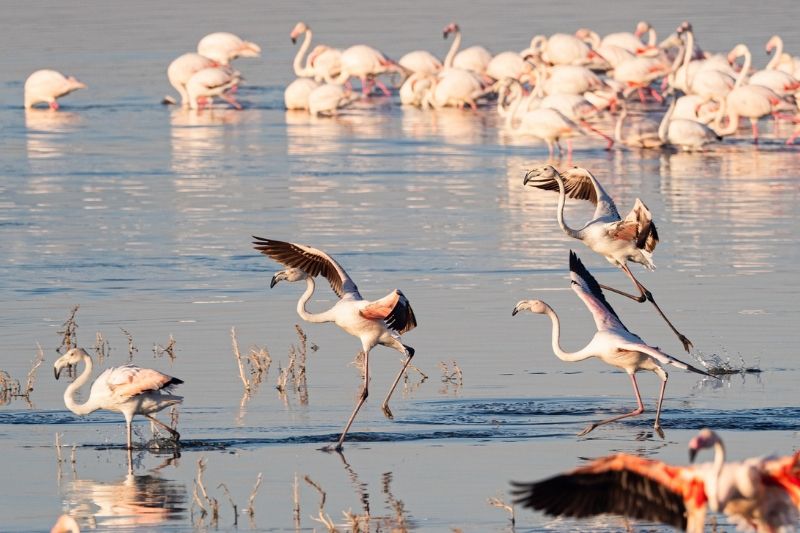 Flanked by rocky escarpments, pockets of acacia forest and waterfalls, Lake Nakuru National Park is gorgeous all year round and is home to black and white rhinos, leopards, hippos, lions and endangered Rothschild’s giraffes. The best place to see wildlife is at the southern end of the lake and the forested below area below the flamingo hills, which is a favourite lion-spotting point. Home to millions of lesser flamingos, Lake Nakuru National Park was originally gazetted a birds sanctuary in 1960 for over 400 bird species known to frequent these parts and received full national park status a few years later. Harbouring an enormous production of algae, Lake Nakuru is surrounded by woodlands and grasslands, but over the years, it is the ancient fever trees that usually steals the show, casting dreamy beams of light onto the earth while the baboons dance on the treetops. 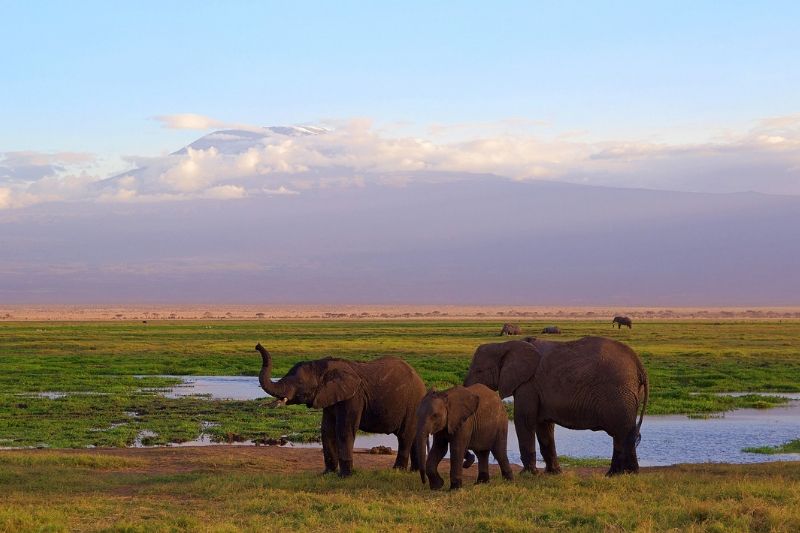 Located about 230 kilometres southeast of Nairobi on the Tanzanian border, the very scenic Amboseli National Park is one of Kenya’s most iconic mountain, that lies on the Tanzanian border. A small park compared to others, its flat open landscapes makes for easy game viewing and what makes it special are the Enkongo Narok and Olokinya swamps fed by the melting snow of Mount Kilimanjaro. During the dry season, the water sources attract animals of all sizes. It is the scene of the famous postcard that portrays a herd of elephants strolling across the plains with the snow-capped peak of Mount Kilimanjaro in the background. Over 100 elephants in the park including 58 families and close to 300 independent adult males all numbered and coded and can be recognized individually. Amboseli National Park is home to more than 50 other mammal species including wildebeest, zebra, buffalos, plus over 400 species of birds. 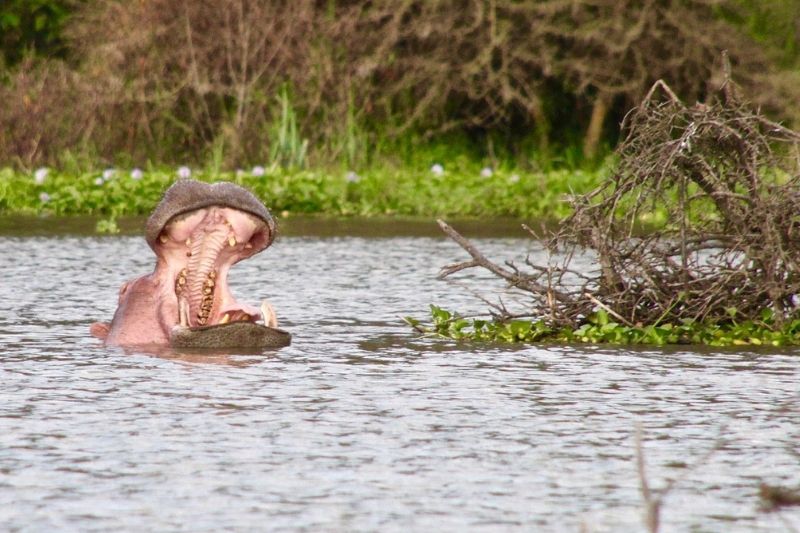 A serene freshwater lake resting at an elevation of 180 metres, Lake Naivasha is a breathtaking oasis. Beyond its shores are acacia woodlands, papyrus swamps, forest and unique geologic features that are remnants of its volcanic past. The nutrient-rich soil of Lake Naivasha is fertilized by an abundance of water, including the Malewa and Gilgil rivers to create an ecosystem that is renowned for its diversity in its avian presence and terrestrial game animals. Over 450 diverse birdlife species have been recorded including red-billed-firefinches, Grey-capped warbler and many more. Lake Naivasha is a favourite place for hippos to cool themselves during the day and is one of the primary drinking holes for buffalos, Zebras, elands, and other grazers.

Kenya has for a long time welcomed visitors to experience its incredible wildlife. It boasts lots of national parks and game reserves to its name, all of which are jewels in its sparkling crown. Whatever your inclination and budget, Kenya has the right area for you to complete your African experience in the ultimate traditional safari adventure.

Check out some of our tours that feature many of Kenya’s top safari parks: 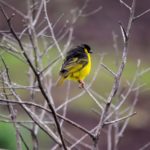 Top Reasons to Include Aberdare National Park in Your Travel Itinerary
October 21, 2019