Mt. Kilimanjaro is the highest mountain in Africa and the world’s highest free-standing structure at an altitude of 5896 meters (19,336 feet) above the sea level. Hiking on the rooftop of Africa is the adventure of a lifetime and anyone who is physically fit can scale this snowcapped mountain. It is located inside the Kilimanjaro National Park outside of Moshi town in a beautiful accessible village of Marangu where the headquarter of the park is located.

Mount Kilimanjaro is one of the largest volcanoes in the world. It has three main volcanic peaks, Kibo, Mawenzi, and Shira. Shira was the first volcano to become extinct, followed by Mawenzi. Kibo remains active as a dormant active volcano. A strong smell of sulfur still emanates from the inner ash pit. In 1889, German geographer Hans Meyer and Austrian mountain climber Ludwig Purtscheller were the first to reach the summit of Kilimanjaro.

Snowfall can occur any time of year but is associated mostly with northern Tanzania’s two rainy seasons (November–December, and March-May). Precipitation in the summit area occurs principally as snow and graupel (250 to 500 millimeters (9.8 to 19.7 in) per year) and ablates within days or years.

The trek to Uhuru Peak is considered to be a relatively straightforward endeavour; however, ample time must still be provided for proper acclimatization to prevent altitude sickness. The three shortest routes, Marangu, Rongai, and Machame, are less challenging and are often trekked by individuals with limited mountaineering experience. Some trekkers employ altitude-sickness medication, including acetazolamide, but taking at least seven days is the best way to avoid altitude sickness as your body needs proper time to adapt and acclimatize to high altitude.

Route travel times range from five to nine days to summit and return to the base of the mountain. Huts with cooking facilities, bathrooms, and electricity are available on the Marangu route, and camps with fewer facilities are available on many other routes. All huts and many camps have rangers stationed at them with rescue facilities (modified wheelbarrows to transport trekkers stricken with altitude sickness to lower altitudes).

Trekkers on Mount Kilimanjaro typically have a support crew of guides and porters who are integral in helping climbers reach the summit. The size of the support crew depends on the number of trekkers in a group and is regulated by the Kilimanjaro National Park (KINAPA). Tour operators are expected to comply with KINAPA guide and porter regulations. A typical climbing group of 2 trekkers will have one guide, one assistant guide, 6 porters (3 for each climber) and one cook. Porters are responsible for carrying a trekkers gear as well as key items like tents, water, and cooking supplies. It is customary to tip guides and porters at the last meal on the mountain or at the end of the trip. The tipping value varies depending on the number of days spent on the mountain and the number of climbers in a group. Summit attempts are generally begun at midnight so that trekkers can reach the rim of the crater to view the sunrise. Walking overnight also means the ground (loose gravel) is frozen, making the going significantly easier.

Trekkers on the Marangu route first encounter Gilman’s Point on the rim of the crater, which is roughly a 1.5-hour hike from Uhuru Peak. Trekkers who follow the Southern Circuit will reach the summit via Stella Point which is about an hour from the summit. Both of these compare with the Rongai route where the trip from where you reach the rim to the summit can be over two hours making for a very long summit day. Another route is the Western Breach, which includes short sections of scrambling (where hands are required for balance and support). The rock on Kilimanjaro though is highly fragmented and deaths from rock fall from above have happened.

On all the southern routes and on the Western Breach climb it is possible to sleep overnight in the crater. This has three major advantages. First, you can summit during the day, avoiding the midnight rush. Second, you have time to visit the crater and explore the glaciers. Finally, you can get back to the rim very early the next day to see the sunrise. The Furtwangler Glacier on Kilimanjaro is a remnant of the ice cap that once covered the mountain.

These have retreated dramatically over the last century with over 80 percent glacial retreat. The glacier is named after Walter Furtwangler, who along with Siegfried Koenig, was the fourth to ascend to the summit of Kilimanjaro in 1912.

There are different routes to the top involving different villages and scenarios. These routes include;

• Nicknamed the “Whiskey” route because the route is popularized as somewhat difficult and more expensive than Marangu route. On an overall comparison of the routes to scale Kilimanjaro, this is one of the best routes to take, both in terms of acclimatization and cost. In certain sections this route is steeper than the Marangu and Rongai routes and physically more demanding but is easier overall.
• Highly recommended for scenic value
• Great for acclimatization with lots of walk high, sleep low opportunities
• Challenging trek with stunning scenery through 5 diverse climatic zones
• Good opportunity to split pre-summit day climb to leave climbers rested before summiting
• Very popular trail
• Fully catered camping only
• it takes 6–7 days for climbing

• Nicknamed the “Coca-Cola” route because the route is popularized as easy and cheap. This, however, is a misconception as the route is more difficult due to the ‘not as good acclimatization profile’ as Machame/Rongai/Lemosho routes.
• Often selected by unprepared, inexperienced climbers because of its reputation for being the “easiest” route, attributing to the lower success rate
• The shortest and cheapest route, but less time to acclimatize, therefore lower success rate
• Dormitory style accommodation in huts
• Less scenic due to ascent and descent on same route

It’s considered to be the most interesting route and takes 8 days
• High summit success rate. Good for acclimatization, especially on the longer itineraries
• Remote and spectacular, dramatic gorges and views of West Kilimanjaro
• Converges with Machame on day 4 at Barranco
• Shira offers higher start point compared to Lemosho and poorer acclimatization
• Fully catered camping only
The Lemosho route approaches Kilimanjaro from the west. Rather than simply intersecting Shira Plateau (like Machame), Lemosho crosses it from Shira Ridge to Shira 2 Camp, in a pleasant hike. Climbers encounter low traffic until the route joins the Machame route. Afterwards, Lemosho follows the same route through Lava Tower, Barranco and Barafu, known as the southern circuit. There are several options to complete the trek over 7, 8, or 9 days based on your experience.

• Only northern approach to Kilimanjaro
• Offers a true wilderness experience on the early stages of the climb
• Very tough final summit night from the north
• Fewer acclimatization opportunities
• Less scenic and flat than other routes
Also known as the Nalemuru route. Although the scenery is not as varied as the western routes, Rongai makes up for this by passing through true wilderness areas for days before joining the Marangu route at Kibo camp. Rongai is a moderately difficult route, and is highly recommended, especially for those with less backpacking experience. There are different options to complete the climb in 5, 6, or 7 days.

• Steep, short route with lower success rate
• Poor acclimatization because of rapid ascent
• Very remote and quiet
• Fully catered camping only
Of all the routes, Umbwe is by far the most scenic albeit steeper route up the mountain. The Rongai is the easiest camping route and the Marangu is also easy, but accommodation is in huts. As a result, this route tends to be very busy and ascent and descent routes are the same. Although the Rongai route is a flatter walk, it offers less opportunity for acclimatization. The Machame and Lemosho routes both allow better opportunities to “walk high and sleep low”, which is critical to avoiding altitude sickness.

The Northern Circuit is the newest route up Kilimanjaro and also the longest. The Northern Circuit takes a minimum of 8 days to complete but most operators offer the 9 day option. Because of its length, the Northern Circuit has the highest summit success rate. The route follows the same as the Lemosho Route for the first two days and then veers off to circle around the quieter northern slopes to the east side of the mountain. There a number of route variations, but generally the Northern Circuit approaches the summit via Gilman’s Point before descending on the same route as the Machame and Lemosho.

The vegetation of mount Kilimanjaro varies accordingly with the nature of the altitude you are, basically from tropics to the artic.at the level of 2700m the cultivated foot slopes give way lush montane forest, inhabited by leopard, buffalo, elephant, antelope and other primates.as you ascend the moorland zone show up where a cover of giant heather is studded with otherworldly giant lobellas above 3900m, the zone changes to alpine desert which support little life to the fauna and flora. Popular signboards of no water here are experienced in this zone as you trek Kilimanjaro. The final vegetation of winter wonderland of ice and snow and the magnificent beauty of the roof of Africa.

Here is an immense wildlife population on Mount Kilimanjaro and also in the forest that covers the lower slopes, and despite the tough climate, they all thrive up there. You’ll find 140 different species of mammals that live on Mount Kilimanjaro including 25 antelopes, 24 different species of bats, 7 primates and 25 carnivores. You will also find 7 larger mammals including buffalos, bushbucks, red duiker, grey duiker and tree hyrax. Three primate species can also be found in the montane forest, bush babies, black and white colobus monkeys and the blue monkey.

What to Pack for Mt. Kilimanjaro 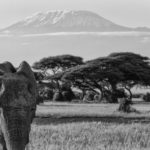 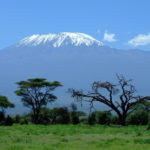 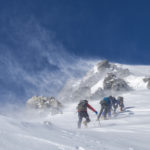