When it comes to authentic African safaris, East Africa’s Tanzania and Kenya always stand out — and for good reason. Both countries feature iconic African landscapes, extraordinary wildlife, sensational game viewing, gorgeous climate all year round, a plethora of bucket-list activities and amazing opportunities for cultural immersion. These countries also feature different aspects of the world-renowned Great Wildebeest Migration which is often regarded to as the world’s most spectacular natural event. The question is, where should you go if you can only do one? Kenya or Tanzania?

Here are major factors to consider:

Both countries feature gorgeous coastlines and superb beaches. Tanzania’s coastline is 1,424 km, and Kenya’s is 536 km. The capital cities of Tanzania are Dar es Salaam (administrative) and Dodoma (legislative), and the capital city of Kenya is Nairobi. 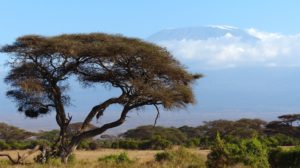 Both Kenya and Tanzania offer “real Africa” sceneries — one that’s usually imagined when we close our eyes and think of Africa. They are the quintessential Lion King setting, the “wild Africa” seen on many wildlife documentaries. But while both countries mainly feature golden grasslands peppered with flat-topped acacia trees, the diversity of its landscapes varies per region.

Kenya and Tanzania boast of an incredible wildlife that ranges from the Big Five to rare species endemic to them. Tanzania is home to a phenomenal density and diversity of animals, including the 2.5 wildebeests, zebras and Thomson’s gazelles that star in the iconic wildebeest migration. The country is known to hold the largest concentration of animals per square kilometer in the world as well as the largest concentration of predators. The most famous safari destination in Tanzania is the Serengeti. But beyond this world-famous park are other parks that offer splendid wildlife sightings: 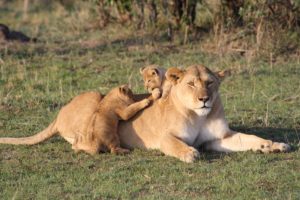 Kenya, on the other hand, is particularly known for the big cats and the Big Five as well as endangered animals like Rothschild’s Giraffe, black rhinos and Sitatunga. Kenya also hosts a portion of the Wildebeest Migration every third quarter of the year which is held at Masai Mara, Kenya’s most popular game park. Other parks for great wildlife sightings include:

The Great Wildebeest Migration is named one of Africa’s Natural Wonders and even deemed “The Greatest Show on Earth.” It features about 2.5 million wildebeests, zebras, Thomson’s gazelles, kudus and impalas scampering across the savannas of Serengeti in Tanzania and Masai Mara in Kenya for better grazing and fresh water.

Between August and October, the migrating mega herds can mostly be seen around Kenya, consuming their fresh grasses in the Mara. Around July to August or even until September when the last herds traverse the crocodile-infested river, Masai Mara and Northern Serengeti are a spectacle. By the end of October, the migrating herds head back to the southern region of Serengeti. Then for the rest of the months, they move across the Serengeti plains until July when they have to cross the Mara River again. 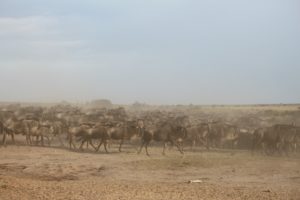 Of course, you would expect a handful of predators tailing these hooves’ every movement. From lions to cheetahs to leopards to hyenas and even Nile crocodiles and hippos, these migrating hooves always have something to look out for. Thus, predator activities are aplenty, especially in Southern Serengeti around January to March when baby wildebeests are born.

Depending on the time of the year, the amount of visitors each country receive varies. Generally, the highest tourist influx is during peak seasons.

Kenya boasts of a very strong advertising and promotional scheme. Cheaper air travel tickets are also available to Kenya. Due to these, Kenya gains more visitors and is hence busier compared to Tanzania. Many of the parks in Kenya are also smaller and so, more people and vehicles are cramped in that space.

Tanzania, on the other hand, holds more massive parks and so animals are more spread out. The country also has less advanced infrastructure, which means it offers more exclusivity. Moreover, most parks in Tanzania limit the number of lodges and camps, which helps control mass tourism. 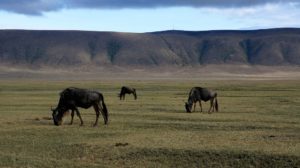 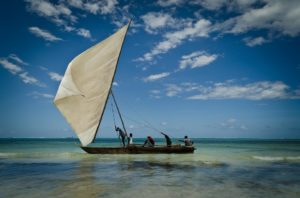 There really is no wrong answer when it comes to this question. In fact, whether you go with Tanzania or Kenya, you are sure to have a memorable safari experience, no doubt. The factors that would perhaps help you make up your mind is your preferences. Do you want to go to a country with better tourism infrastructure, vibrant city nightlife and an amazing series of natural landmarks? If yes, then Kenya would be the perfect destination! It also offers more flights — not to mention cheaper — from many different parts of the country. In fact, some travelers to Tanzania fly to Nairobi first before catching a flight to Dar or Arusha.

However, if what you’re after is vast wilderness experience with more animals and more bush sceneries as well as dreamy white sand beaches with world-class coral wilderness, Tanzania is ideal for you.

Another factor that could serve as a determining factor on where you have to go is schedule. If you want to witness the Great Wildebeest Migration, you have to mind your travel dates as the movement of the animals varies from month to month. So weigh in all the factors, take into consideration your budget and priorities, and you just might be ready for the wildest adventure of your life.