Our vision is to ensure the best combination of activities and places of interests. To be stylists, leaders, innovators and creative in the concepts of travel and hospitality, positioning ourselves in the receptive tourism market among the best holidaymakers in the East Africa region and beyond, being recognized for our high-quality services and professionalism.

Modernization in tour and travel programs is our constant enterprise, as we intertwine the genuine essence and spirit of incredible Kenya, Tanzania in routes. Our Mission Provide our client’s memorable travel, truthful, and quality hospitality with guaranteed services surpassing their expectations, and also contribute to our sustainable tourism destinations.

Our Approach to travel is synonymous with expanding the horizon of life by exploring the unknown. With its skillfully developed itineraries coupled with a customer-satisfaction approach, we are striving to offer a lifetime experience to our customers. We offer satisfaction to the travellers in our destinations in terms of money, comfort and safety. 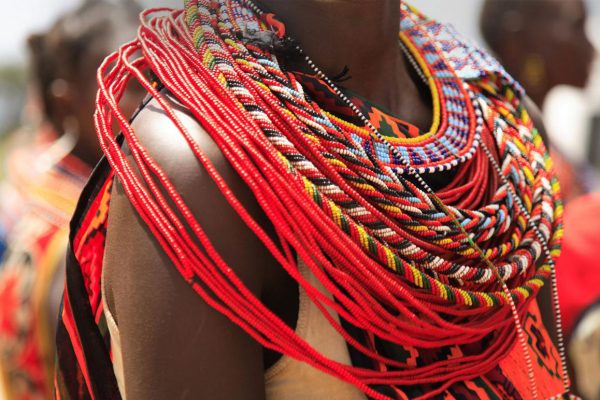 Leadwood Expeditions is a full-service tour operator based in Kenya-Tanzania, East Africa. It was founded by travel experts with sound knowledge of the natural environment, history, and culture of the region and over 15 years of experience in the travel industry.

We specialize in providing flexible tours and safaris with the focal point on Leisure travel, Adventure Travel, offbeat travel, Special interests, and customized packages. We ensure the best combination of activities and places of interests.

Our personalized tours, safaris, and services have put visitors in touch with the people and the land.  We are represented on SafariBookings.com

Our commitment to principles of conservation and our work with local communities have been acknowledged locally, internationally and well received by our many clients. Modernization in tour and travel programs is our constant enterprise, as we intertwine the genuine essence and spirit of incredible Kenya, Tanzania in routes. Our Core Values include:- Teamwork, Quality care, Integrity, Professionalism, Best Value tours, Best value service & Open communication.

I was born raised and studied in the central of Kenya. From a youth age I had passion in Tourism and travelling influenced by a neighbor who owned a travel company. Being a very close family friend, I grew loving his job and his knowledge of different regions and travel related topics. I knew I wanted to be in a Tourism field.
After school I moved to Nairobi where I did my higher studies in Tourism management. I worked as a travel consultant in Nairobi before I moved to Tanzania and worked in a big hotel training staff on customer service. I would later work with different tour/travel companies as a tour manager and marketing.
Being exposed and experienced in travel in both Kenya and Tanzania, we joined and started Leadwood Expeditions covering Tanzania and we hope to expand to other destinations.

Born, raised and studied in Mount Kenya region, I am a graduate in Tourism and Business studies from Amboseli Institute of hospitality. My passion for tourism was instilled in me by my late grandfather who happened to be a tour guide. I grew up with a keen interest in tourism and pursued a tourism related courses. I have worked at Giraffe centre (AFEW), home to endangered Rothschild Giraffe. Here I gave conservation lectures to visiting students and general visitors and guided them on AFEW nature walks.
I also worked at Sheldrick wildlife Trust, which is home to orphan baby Elephants and Rhinos. I used to give talks about Elephants and Rhinos and the organization’s activities to general to visitors. I also played a part at Kenya Wildlife service where I guided visitors at Nairobi animal orphanage, and Nairobi Safari walk and during game drives at Nairobi National park.
Later I began offering tour services as a freelancer to Kenya and Tanzania tourist circuits before moving to Tanzania in 2010 to work in the hotel industry at different positions to managerial level.
I learnt a lot in service delivery as a tour operator and a hotelier in meeting client’s needs. I made several contacts while in Tanzania and this is where I met my co-founder Elias. We kept a close friendship and business relationship as we were both working in the tourism industry before I move to the UK in 2012.
Keeping in touch with Elias, we would engage on future of tourism industry often. Demand for Safari and beach holidays seemed growing and we thought of making holidays more interesting and broad.
We deliberated on having qualified team for tourism industry who would ensure proper time management, have unlimited client consultations, professional driver guides who would adhere to national and game reserves good conducts like speed limit, keeping on designated game drives routes as this would not destroy wildlife’s habitats and endanger their lives.
Having looked into this we felt it was time to do something and have an industry of expertise for a quality service delivery and that’s where the idea of Leadwood Expeditions came from.
We wanted to change East African holiday traditional of just having a safari or chill at the beach and spice it up with awesome activities, like having yoga sessions during your holiday, involving oneself with sporting activities during the holiday and now we have brought onboard business people to hold business meetings, conferences away from the town centre to a more mind, soul and body friendly environment like national reserves and parks. Later on their can do safari or beach holiday and other team building activities to refresh their mind.
Working with Leadwood Expeditions has been fun and rewarding. I have gained more knowledge and experience in the industry, travelled to different parts of the world and made great friends whom I don’t think I would have met if the idea to run a travel company didn’t materialized.
Our goals are to raise the standard of tourism industry, adhering to the industry’s policy in East Africa and the world in general, looking further to work closely with the locals and create awareness of tourism and importance to conserve the environment.
When this is achieved, the tourism industry will run in a conducive environment and be enjoyed by the future generation.

Our Guides And Vehicles

Leadwood Expeditions dependable guides have immense knowledge of their countries, people, wildlife, geography, culture, politics and history. You will enjoy intensive game drives with in-depth interpretations of wildlife behavior and ecosystem; caring customer service and staff working tirelessly behind the scenes to make your trip effortless.

All safaris are designed around your objectives and budget to ensure your expectations are not only met, but exceeded.

We tailor make packages according to our clients’ budget. We offer both camping and lodging accommodation styles to choose from according to one’s pocket. We also organize both group joining and private safaris to give an option for the solo and budget traveller. So when you book safaris with us, rest assured that you have booked yourself a handsome bargain.

We believe in the long-term view and this means no nasty surprises – all of our pricing includes all taxes and tourism levies. All our itineraries will always have a detailed list of exactly what the tour price includes and excludes, so there are no offensive surprises.

It takes teamwork and passion to design, present and deliver a great holiday! Our team of dedicated professionals across the network is proud of their countries. We combine our many different skills and experience sets to bring you travel products that are unique and experiential. Our base of high repeat clients is testimony of the many thousands who rely on us to plan their indelible holiday memories.

We are available online 24/7 if you send an email to be assured to receive a reply after a few minutes.

We work hard to ensure we find you the most exciting, intriguing and amazing destinations and experiences that work within your budget. You can be as involved as you want, and you are always in control. Everything is tailored to your exact needs and tastes, and we will keep adapting until it feels just right.

We employ skilled, multilingual driver guides and specialist guides who have attended tourism, wildlife, and bird and culture courses on a regular basis and achieved bronze and silver levels (the highest official rating for a guide in East Africa). With an average of 20 years’ experience per guide, our driver guides know their flora, fauna and cultures extremely well. They are dedicated professionals who are passionate about what they do.

Leadwood Tours has invested in land cruisers, mini buses which are well maintained regularly to ensure the clients a 100% safe and comfortable trip. The drivers are experienced. They know the Kenyan roads pretty well and drive with strict measures.

Leadwood Tours has contracts and alliances with the best hotels In the region, always looking for value, character, and good service; all in the name of pleasing and satisfying every guest.

Tailor – Made And Flexibility

We understand that each client has unique needs and we go the extra mile to fulfil them. Our trips are of high quality and immaculately arranged that reflect years of experience and in-depth research.

At Leadwood Expeditions we are devoted to designing holidays with an ‘East African’ flavour that involves local communities and is not just something staged for tourist.

Commitment To The Environment

We recognize the need to protect the environment and society from the negative impacts of tourism. Consequently, we have taken steps to re-evaluate systems and processes in order to develop operations which contribute to a more sustainable development of tourism.